The youngest power plant in the Khabarovsk territory, Sovetskaya Gavan Heat Electric Generating Plant, completed the guarantee tests of three pulverized-fuel boilers with a steam capacity of 210 t/h each, which were manufactured by the Taganrog Boiler-Making Works "Krasny Kotelshchik" (TKZ).

It will be recalled that RusHydro officially put into operation the Heat Electric Generating Plant located in the city of Soverskaya Gavan in 2020. The las of four priority projects of constructing the heat generating plant in the Far East was implemented in accordance with the Decree of the President of the Russian Federation. The commissioned generating capacities gave a significant impetus to development of the Khabarovsk territory on the whole and Soviet Gavan in particular.

The new plant was aimed at replacing the outdated Mayskaya SDPP and utility boiler rooms with a high emission level. As a consequence, environmental situation in the city and life quality of its inhabitants were improved: start-up of the new Heat Electric Generating Plant guaranteed them reliable heat supply and all-year hot-water supply that would not depend on the heating season.

The Russian companies supplied the main plant equipment. In particular, TKZ designed and manufactured three boiler units with natural circulation. The equipment was notable for efficiency of firing the fuel – the bituminous coal of Urgalskoe deposit and ability to resist heavy seismic loads – 8 on the MSK scale (the earthquake intensity scale used in Russia).

Apart from that, the boiler unit supplier stated high technical-economic and ecologic figures: each boiler efficiency – more than 91.2%, nitrogen oxide specific emissions – less than 470 mg/sm³. The guarantee tests, which were carried out in the plant, confirmed the stated figures. All three TKZ steam boilers met the customer’s expectations fully. 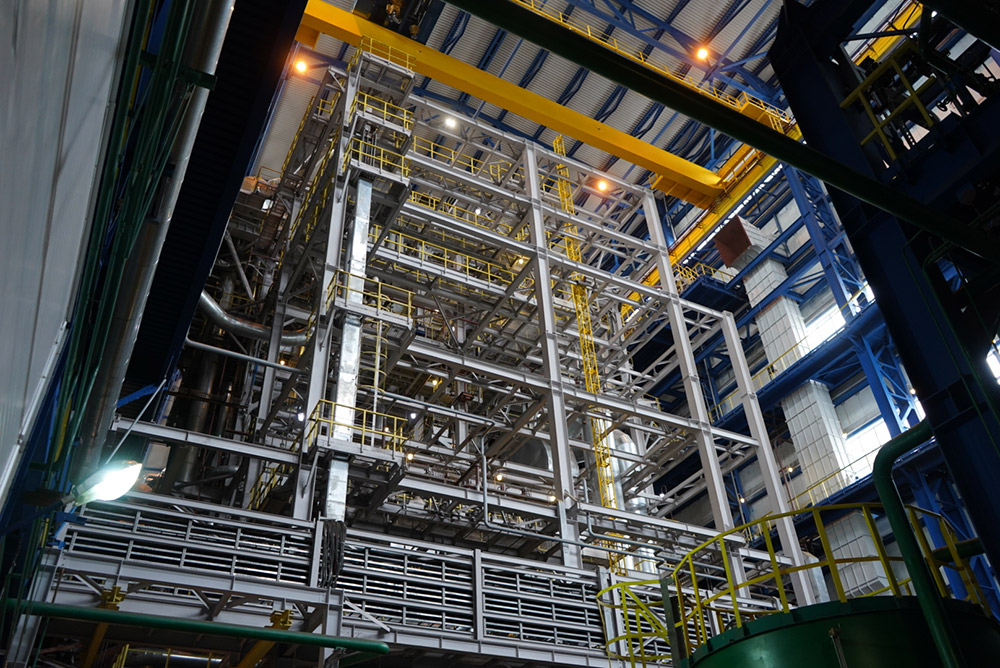